Time to cut and run from a turnaround? 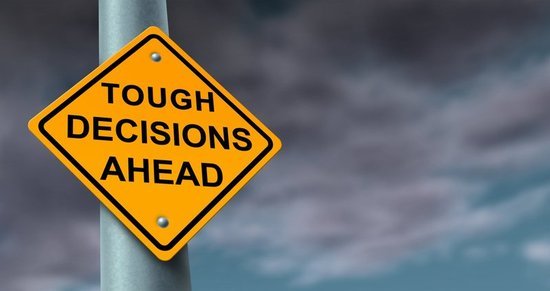 Most recently on this blog we discussed New Year’s resolutions to complete a turnaround.

Alternatively (and somewhat gloomily) reflection in the New Year may also cause pause for the thought that a turnaround is no longer possible while continuing will only cause a worsening of the financial position and risks which stakeholders are not willing to accept.

A turnaround is inherently fuelled by a “glass half full” and optimistic view of the world and a “can do” approach to overcome problems. Therefore, a decision to cease a turnaround is anathema for the people involved given their inherent culture and a painful loss of the “blood and treasure” which has gone into the turnaround.

Optimism and positivity are very good things, but denying reality is pointless and unfortunately a significant proportion of turnarounds are not successful despite the best of efforts and intentions.

Some issues to consider when deciding about continuing with a turnaround are whether:

–       Sufficient time has been allowed for the turnaround without the necessary/desired results. Most successful turnarounds are completed in 18 to 24 months.

Here are some other indicia that a turnaround may be a lost cause:

1.    Market conditions remain subdued or further deteriorate. Enduring an extended downturn may be beyond the financial capability of a business.

2.    Competition which has a fundamental advantage such as cheaper production or vertical integration.

3.    Financial restructuring process failing eg a refinance or sale transaction not progressing past due diligence. This may keep a company with a balance sheet (debt position) that makes it too difficult to ever achieve a turnaround.

4.    Loss of support from suppliers/creditors who are no longer willing to maintain supply on existing/extended terms.

5.    Tightening of financiers terms for instance in relation to covenants, rates and required security.

Support for a decision to pull out of a turnaround process could also come from quantitative analysis ie based on ratios and other analysis.

Edward Altman’s Z-score model is the most widely used statistical method and apparently has a 95% success rate in predicting corporate failure. The Z-score is based on elements of earnings, equity, working capital and debt leverage levels. The Altman model is:

–       Attempting to provide an indication of the likelihood of corporate failure not absolutely that a business with fail.

Obviously, stakeholders would want more than a statistics/scoring model to decide to cease a turnaround process given the potential repercussions.

We have discussed above various ways to commercially analyse and assess a company’s future while for people involved in a turnaround it is difficult to remain objective and many of the required decisions involve strong emotional issues. Therefore some perspective from a trusted party removed from the situation can be one of the most helpful elements in making a decision about whether to continue or “cut and run”.

If you would like a no obligation, confidential discussion about turnaround management and executive solutions, please contact me at svertullo@integralfinancial.net.au.